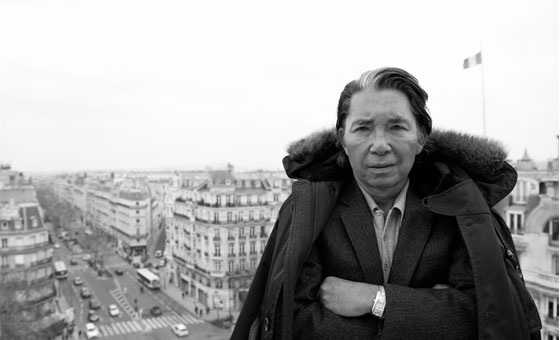 Kenzo Takada, founder of the Kenzo brand and one of the greatest names in the fashion industry died this year, leaving behind a fashion empire known for its uncompromising and daring values that, in combination with bold and unique designs established the brand as a fashion industry giant.

For more than half a century now, the Kenzo brand has been proclaiming borderless fashion that celebrates nature and cultural diversity. From its origins until now, the Kenzo brand became a symbol of revolutionary and eclectic aesthetics, which has been breaking rules and providing an authentic look that everyone adored and praised.

Takeda built his fashion empire relatively fast despite the fact that he initially had low-chances for success, given his origins and anonymity within the scene. In the following text, we will help you discover more about the origins of the Kenzo brand, its history, and the demanding course of thriving for success in the already established Paris fashion scene.

Nevertheless, Kenzo’s brand history is an enchanting story about a fashion empire built on the aspiration to serve a good cause, which is a good lesson to future generations concerning the different and unique approaches as the right method for leaving a mark in history.

Kenzo Takada was born in Himeji, a city located in Hyogo Prefecture in the Kansai region of Japan. Later, he had been studying at the Bunka College of Fashion in Tokyo.

The Kenzo brand pieces represent the conjunction of European and Eastern design, and until this day, Kenzo has been a brand that is proud of celebrating multiculturalism and diversity.

Takada, traveled the world to understand different cultures and their traditions and embodied its long-established prints, patterns into the brand creations, which later became the famous Kenzo brand signature. Due to some personal reasons, Takeda announced his retirement in 1999, leaving the creative directing to Roy Krejberg and Gilles Rosier.

From 2008 until 2011, the creative director of the Kenzo brand was Antonio Marras, but his Asian-American co-creative directors Carol Lim and Humberto Leon were the duo that helped Kenzo to enter the Haute Couture scene.

The most recognized pattern of tigers and the glittering “evil eyes” prints were the ideas of Lim and Leon, and they proved that Takada left the Kenzo brand heritage in good hands, to the people who understood the ideas and values of the brand and continued to develop them in the right direction.

Carol Lim and Humberto Leon decided to bring in some changes considering the logo of the Kenzo brand, and, the iconic, recognizable Kenzo Tiger, has become a new distinguishable sign of Kenzo. The Kenzo tiger is one of the most popular fashion symbols of our age and many celebrities, including Michele Obama, adores it.

Even though Kenzo’s official logo is the brand name made of thick capital letters, the brand’s visual identity is strongly associated with a tiger mascot, which is also one of the most recognizable brand prints which appears on both clothing and accessories collections.

The Kenzo Tiger is usually placed on a darker background, with differently colored contours, depending on the style and fabrics. The official Kenzo logo is also used on a clothing collection, and this logo successfully reconciles East and West, traditional and contemporary, and originality and boldness of design rise as a result.

The primary Kenzo logo was decorated with flowers which communicated well one of the core philosophies of the Kenzo house – the celebration of nature. However, the Kenzo brand transformed into a brand reserved for the bold and daring individuals, and the tiger logo communicated this clearly and respectfully with the initial idea.

All of Kenzo’s collections are still inspired by nature in some way and this brand is known for its uncompromised values and philosophy. In 2019 Felipe Oliveira Baptista took over the creative direction of Kenzo and continued the brand’s vision and concept.

Since the French label has been known for its distinctive tiger logo, Baptista reached out to the World Wildlife Fund’s to discuss a collaboration, which resulted in a new collection of T-shirts, hoodies, and “essential garments” made of certified organic cotton printed with Kenzo-s tiger, with 10 dollars from every purchase going to the WWF.

This way, Baptista stated that he wanted to raise awareness of responsibilities within the fashion industry for massive environmental damage. From the 1980s, as the label became more known, it expanded its lines to the men’s, children’s, homeware, and even perfume.

Besides celebrating nature being one of the main inspirations for all of Kenzo’s clothing collection,  and embodying its prints, patterns into the brand creations, this brand is famous for its unstructured forms creating loose and bulky silhouettes, praising comfort and coziness that clothes can provide.